It’s December 31st.  You’ve had an ok year.  You are about 3% short of where you need to be for the year.  The higher ups raised your performance goals 10% compared to last year.  They never lower them. Pressure is on.  Stakes are high.  You have a mortgage to pay and a family to feed.  If you don’t hit your year end numbers, you don’t get that big bonus you’ve already spent.  Worse yet, maybe you get fired.  Money problems are one of the most significant factors that lead to divorce.  What do you do?  Do you change a number around?  Sell something to a client that they may not need?  Not only is there not a consequence there is a reward.  Dishonesty can permeate through a system and show up not because of selfish interest but because of a desire to help.

The prevalent theory of dishonesty is the idea of cost–benefit analysis.  What can I gain? What can I lose?  From there we figure out if this is a worthwhile act of dishonesty. If there’s a big cost, we’re not going to be dishonest.  It is really more complicated than that. There are psychological, environmental, or societal factors that may exist to help keep us honest.

Locks are on doors to keep honest people honest.  1% of people who are honest will always be honest and never steal.  Another 1% will always be dishonest and always try to pick your lock and steal your television.  The rest will be honest as long as the conditions are right.  One of the frightening conclusions is that what separates honest people from not-honest people is not necessarily character, it’s opportunity.  Because of the commonality and danger of the first step, what is the difference between people who commit crimes and those who don’t? Is it just missed opportunity?  It’s all about the ability to rationalize dishonesty.

Where Do You Draw The Line?

If it is okay to nudge the truth a little bit but, where do you draw that line?  There is an excerpt from “Three Men in A Boat(to say nothing of the dog)”  I knew a young man once, he was a most conscientious fellow, and, when he took to fly-fishing, he determined never to exaggerate his hauls by more than twenty-five per cent. “When I have caught forty fish,” said he, “then I will tell people that I have caught fifty, and so on. But I will not lie any more than that, because it is sinful to lie.”

Dan Ariely, author of “The Honest Truth About Dishonesty” ran an experiment and gave people 20 simple math problems: each one was a matrix of numbers where people had to find two numbers that added up to ten. 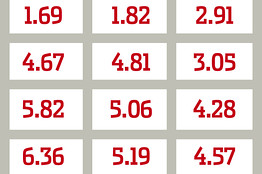 It was a simple enough exercise that anyone could do, but he didn’t give them enough time. At the end of five minutes, people had to put their pencils down and write on another piece of paper how many they solved correctly. They then put the original test paper in the shredder, so nobody would know the true number they had solved. They received $1 for each problem they claimed to have solved correctly.

What The Hell Effect

You made it past 12/31.  What did you decide?   On to January 1st.  Those resolutions aren’t going to break themselves.  It’s diet time.  Now you’ve made it a whole week.  You have been eating healthy the last 7 days.  The moment you say: “today i’m not on a diet, I’ll have a burger.” Once you say “I’m not a dieter”, which is how you defined yourself until now, you usually don’t go back to that definition. You form a new definition for yourself: “I’m not a dieter, what’s the point?”  Once you cheat one time you are more likely to keep doing it.

Dan Ariely, ran a study utilizing a vending machine. The machine was set up to say that bags of candy cost 75 cents on the outside, but its mechanism on the inside was set to zero cents. So when people put money in the vending machine, they would get extra bags of candy, and all of their money back. A big sign on the vending machine read, “If there’s something wrong with this machine, please call this number”. Nobody called, but nobody took more than four bags of candy. We all struggle with honesty and self-protection.  We want to think of ourselves as decent, honest individuals, which is not consistent with being a liar.  On the other hand, we want to justify being dishonest when it is self-beneficial or protects us from painful truths. Consequently, we walk that fine line between being honest and being dishonest, between acting in accordance with reality and tweaking that existence. Honesty is something of a state of mind. When we lie, it’s not always a conscious or rational choice.

The Solve – Do You Swear To Tell The Whole Truth?

If I caught up with you on your way to work on December 31st and made you sign a form stating all of your reporting is accurate, truthful and in the clients’ best interest, would that have an impact on your day?  Ariely and his colleagues had one group of study participants to recall the Ten Commandments, and the other group to recall 10 books they had read in high school. The latter group largely engaged in widespread but moderate cheating when given subsequent reward-based tasks designed to measure honesty. But the group that recalled the Ten Commandments didn’t cheat at all. The result was the same when they reran the experiment on a group of self-declared atheists who were asked to swear on the Bible.

Oscar Wilde said “Morality, like art, means drawing a line somewhere.”  In every industry, age, and walk of life we are presented with choices that stretch our moral fiber.  Knowing how powerful our brains are at dictating our conscious and subconscious thought process is half the battle. The next time you preface a statement with “To tell you the truth” or “I’m going to be honest with you” ask yourself if that really needed to be said and if everything up to that point was a lie.